Check out our June Releases!

Stephanie Summers has written several books including The Willow Creek Vampires Series, The Bludworth Chronicles, and The Take Me Duet, with several more books in the works. She’s a wife, and a mom to two kids, two dogs, and two cats. When she isn’t busy running Casa de Summers, you can usually find her in her pajamas working on her next book.

“People say to appreciate the life you have because things can always be worse, but how can you do that when your life is the kind everyone else compares theirs to in order to make themselves feel better? I hoped and prayed so many times for as long as I can remember for things to be different, for my life to be different, but when it finally happened, and my life changed, I didn’t know if it was a blessing or a curse.”

Jet Flanagan grew up under the shadow of his father, a kingpin determined to bend Jet to his will by any means necessary. He’s been forced to distance himself from anyone he might care about to keep them safe and that includes high school sweetheart, Evie Adams. He did what he thought was right to protect her, but when she comes back into his life by chance almost a decade later and sets off a life-changing series of events, he’ll be forced to deal with the collision of the life he knows and the life he should’ve had. 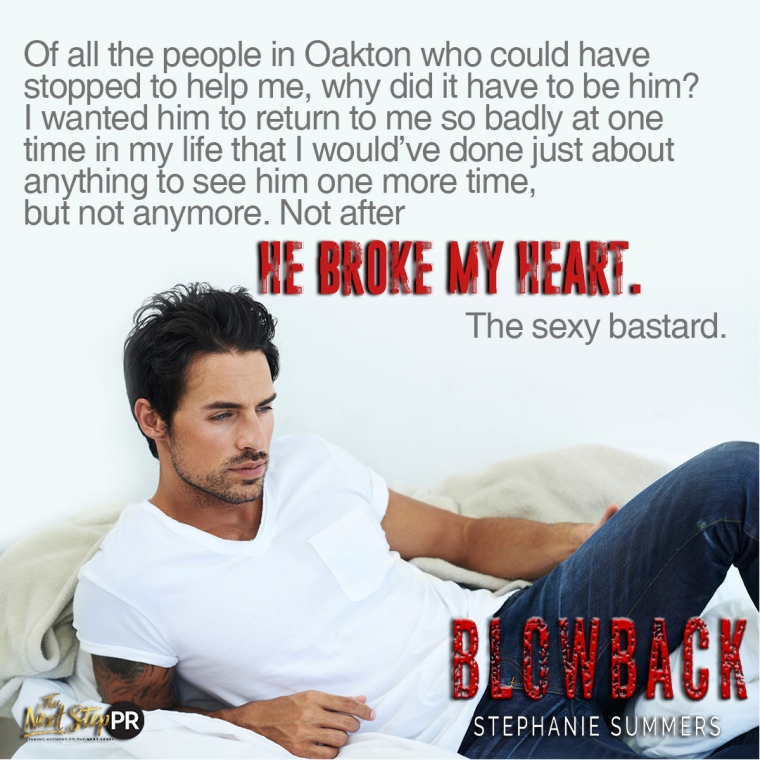 For More Info on this Event Click the Image

L.A. Fiore is the author of several books including: Beautifully Damaged, Beautifully Forgotten, Beautifully Decadent, His Light in the Dark and A Glimpse of the Dream. She’s also the social secretary for her two children, a tamer of ill-mannered cats, the companion to one awesome dog and married to her best friend. She likes her wine red, her shrimp chilled and her social gatherings small and intimate. 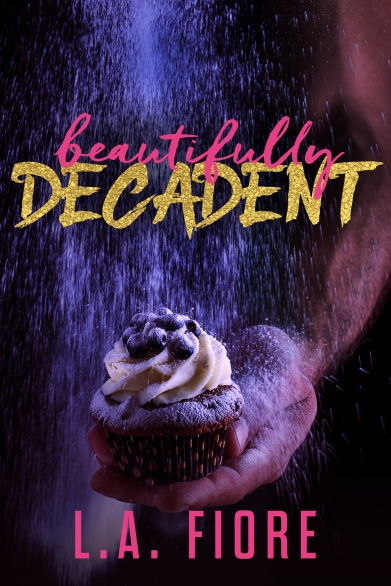 Avery Collins has just landed her dream job, pastry chef for the posh-Manhattan restaurant, Clover. Her new boss, Trace Montgomery, even helped with securing her an affordable place to live: a beautifully restored carriage house owned by his friend, Rafe McKenzie—a man that makes her catch her breath and stirs her imagination. Trouble is, he’s involved with someone, his father is being released after 25 years in prison and Avery is just his tenant. Exploring the attraction that sizzles whenever they’re together would be the icing on the cake, but Avery knows all too well that you can’t have everything. Of course, what’s cake without icing?

Rafe McKenzie’s world shattered at nine when his father Liam—the only parent he knew—was arrested and convicted for armed robbery. Growing up in the system, Rafe managed to survive his childhood and now has a job he enjoys, a house he’s restoring and a tight circle of friends. He’s even working on reconciling with his dad, both eager to put the past in the past.

Happy for the income a tenant would bring, Rafe agrees to rent his carriage house to Clover’s new pastry chef. When Avery Collins pulls up his drive, she’s not at all what he’s expecting. Funny, sexy and as sweet as her desserts, it doesn’t take long for things between them to heat up. Just when it seems as if they’ll have their cake and eat it too, the past comes back with deadly intent leaving Rafe to figure out who’s pulling the strings before his world shatters again. 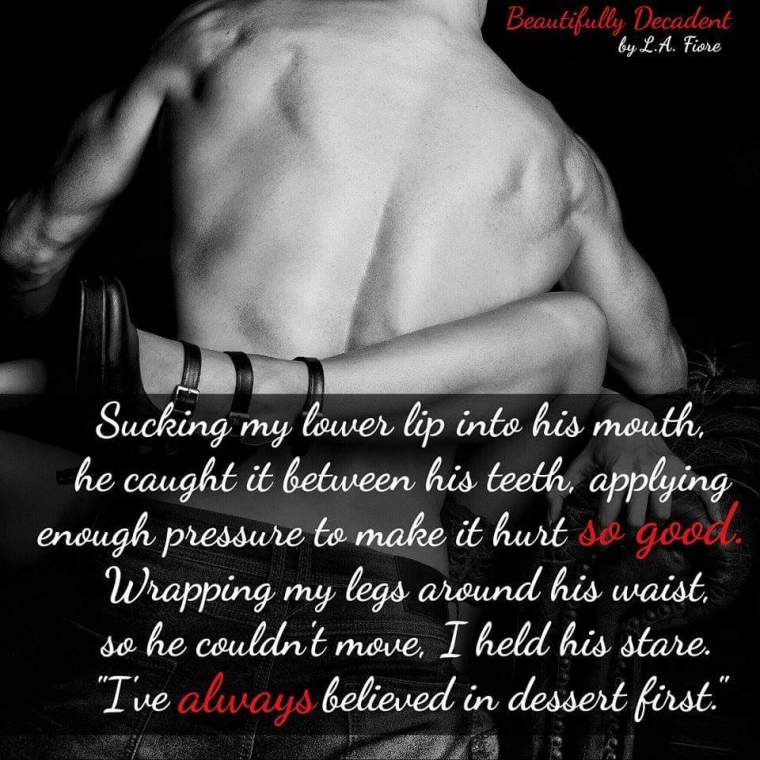 For More Info on This Event Click the Image

The Author is currently working on Collecting The Pieces, this is a standalone.

A story that will pull on all your heart strings! Sign up coming this summer. 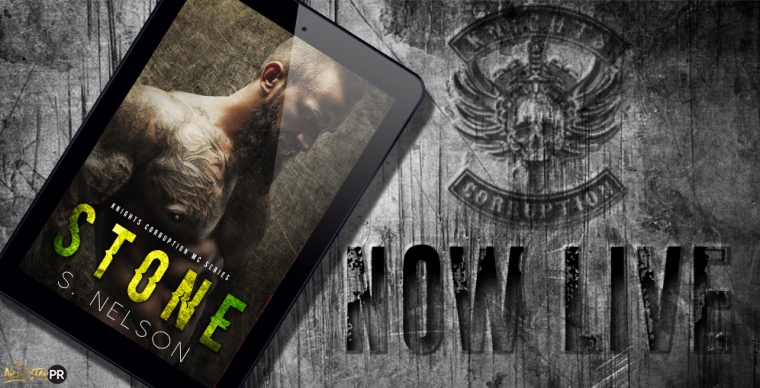 S. Nelson grew up with a love of reading and a very active imagination, never putting pen to paper, or fingers to keyboard until 2013..  Her passion to create was overwhelming and within a few months she’d written her first novel, Stolen Fate.  When she isn’t engrossed in creating one of the many stories rattling around inside her head, she loves to read and travel as much as she can.  She lives in the Northeast with her husband and two dogs, enjoying the ever changing seasons. 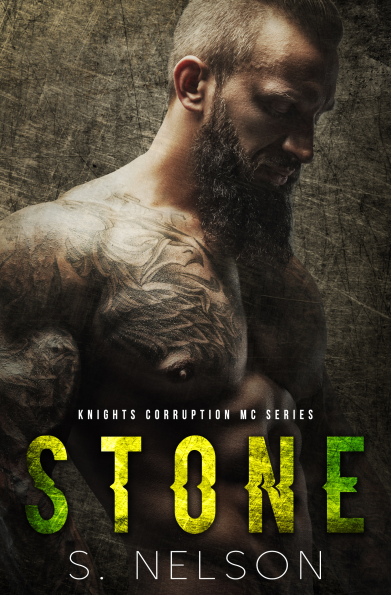 I knew she was destined to be mine the first time I laid eyes on her. Cliché I know, but it was the truth.  Numerous obstacles kept us apart, but I vowed to find a way around them, finally claiming her once and for all.

Stone Crosswell, VP of the Knights Corruption MC, was known for his notoriously hot temper.  While it served him well when dealing with their sworn enemy, the Savage Reapers, it damaged him in the eyes of the one woman who would redefine his very existence.

His attraction toward her was fierce, his innate need to possess her consuming his every thought.

But would his way of life eventually destroy her?

Adelaide Reins was doing well for herself. Acquiring a coveted nursing position at the prestigious St. Joseph’s Hospital, she thought her life was going exactly as planned.  Until the fateful day she was summoned to her uncle’s club, instantly drawn to the one man who would complicate her carefully orchestrated world.

When a cruel twist of fate rears its ugly head, will Stone and Adelaide’s worlds be ripped apart?  Or will they overcome insurmountable odds, defying fate and finding their happily ever after?

The Author is currently working on Book #4 in the Knights Corruption MC Series, Jagger. 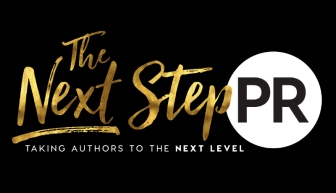