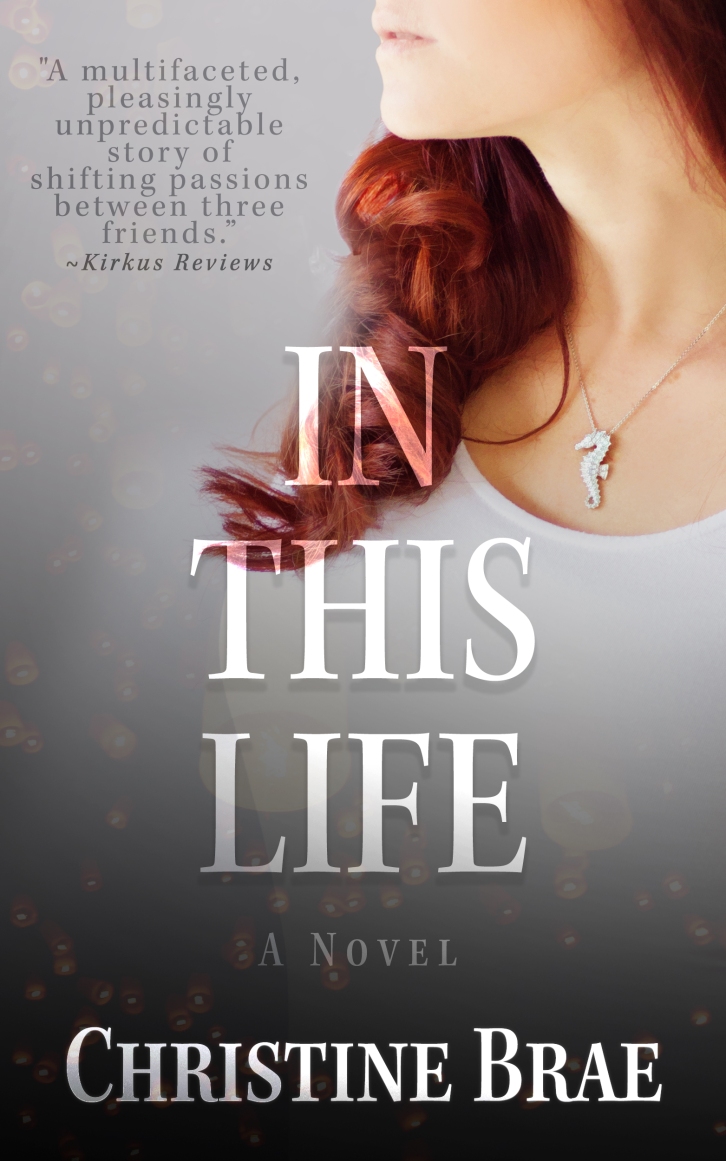 Wanting to escape her life in New York City before starting medical school in the fall, Anna Dillon convinces her best friend Dante to travel with her to Thailand on a medical mission. While volunteering in a coastal village recently ravaged by a tsunami, Anna meets Jude Grayson. They share an instant attraction that leads to a brief, passionate affair. When she has to rush home for a family emergency, he promises to stay in touch.

But Jude never calls, and Anna tries desperately to forget him.

Five years pass, and Anna finally moves on with Dante after giving up hope that Jude will ever return—until they come face to face again in a chance encounter. Reeling, Anna discovers the life-altering secret of why Jude never contacted her—and why they can’t be together. But the passion that ignited between them on an exotic beach years ago never died, making it impossible to stay away from each other.

And Dante? Anna discovers that the friend she grew to love—and trust—has a secret of his own. 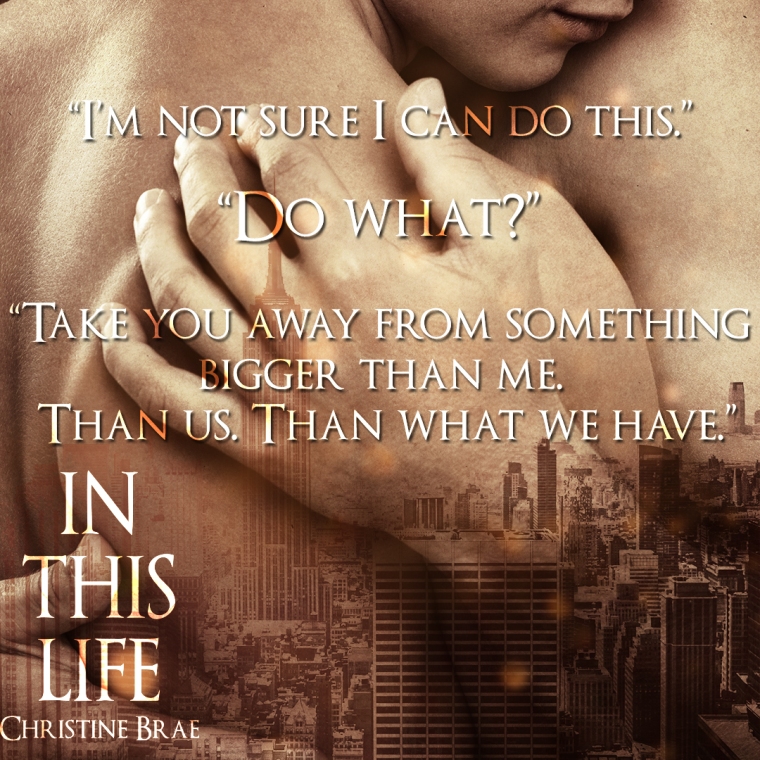 Christine Brae is a full time career woman who thought she could write a book about her life and then run away as far as possible from it. She never imagined that her words would touch the hearts of so many women with the same story to tell. That’s what happened with her first book, The Light in the Wound, published in July, 2013. Her second book, His Wounded Light was released in December, 2013.

When not listening to the voices in her head or spending late nights at the office, Christine can be seen shopping for shoes and purses, running a half marathon or spending time with her husband and three children in Chicago.

At fifteen I fell in love. His name was Jake Stephens and he took the abandoned, lonely girl I had been and made me whole. His love was a pure and unconditional love that made every day better than the last…a fairy tale of my very own.

But this story isn’t about Jake. It’s about Abel Madden; the man I meet after the fairy tale goes to hell. A cocky, arrogant man who says what he wants, does as he pleases, and makes no excuses for it. He irritates me—downright pisses me off at times—but he also brings me back to life.

My name is Sidney Ellis and this is my story of finding love twice—the first when I needed it most and the second when I never saw it coming. 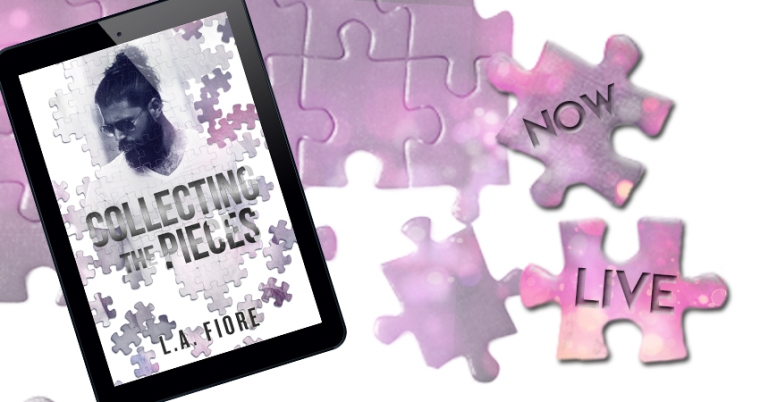 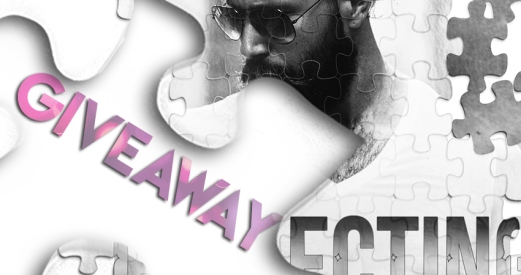 Click the picture to enter the Authors Release day Giveaway!

$100.00 Amazon Gift Card, this is not a digital card, but an actual gift card she will mail to the winner along with a signed paperback of Collecting The Pieces. 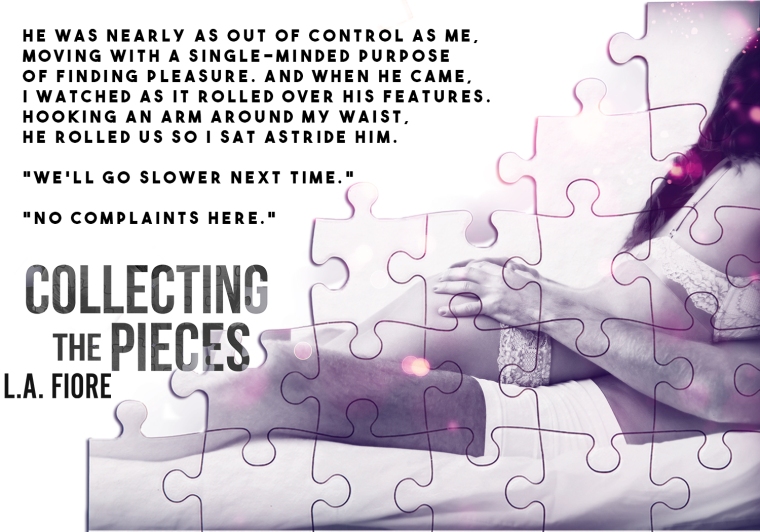 L.A. Fiore is the author of several books including: Beautifully Damaged, Waiting for the One and A Glimpse of the Dream. She’s also the social secretary for her two children, a tamer of ill-mannered cats, the companion to one awesome dog and married to her best friend. She likes her wine red, her shrimp chilled and her social gatherings small and intimate.

Sometimes the hardest lesson you have to learn is that you can’t control everything. Sometimes you have to take a leap of faith and trust that it will all be okay in the end.

Camilla Valentini is a planner. Ever since she could write, she would sit down and compose lists of her daily to do’s, her goals, and her dreams. These lists have taken her through most of her life and served her well. She is living in the city that she loves, has a job that pays the bills or at least most of them, and has the best group of friends a girl can ask for.

However when her life gets turned upside down by a fire in her apartment building, she is left with no place to live, piles of burnt manuscripts, and more importantly only one pair of shoes! As far as she is concerned, things couldn’t get worse. Until she gets fired from her job as a copy editor. Apparently, it was a big mistake to not go on that date with the boss’s son.

Faced with some difficult decisions to make, Cami will have to take a close look at who she is and if she even likes that person. Because when it hits the fan, that is when things really start to get interesting and you can become who you were always meant to be.

Victoria Colotta is an artist, author, and award winning graphic designer with a true passion for literature and spreading the word about amazing authors. As an avid reader, she shares all of her latest book and art finds at ArtBooksCoffee.com. She created the site as a place to talk about the three things that she could not live without…books, art, and the need for good coffee.

If she is not in her office, you will find her spending time with her crazy dog Lizzy, hanging out with her family, or testing out a new recipe.

Victoria is currently working her debut novel WHEN IT HITS THE FAN (Nov 15th). In addition, she is in the process of developing a new paranormal/dystopian series set to launch in 2017.

Victoria loves connecting with readers, fellow bookaholics, art enthusiasts, gallery hoppers, and coffee lovers, so feel free to reach out! If she is not writing, drawing, or having fun with Photoshop, you can see what she has been reading over at ArtBooksCoffee.com. There are lots of new books and old favorites to check out. Plus you might just find your next series to obsess about…not the anyone does that…