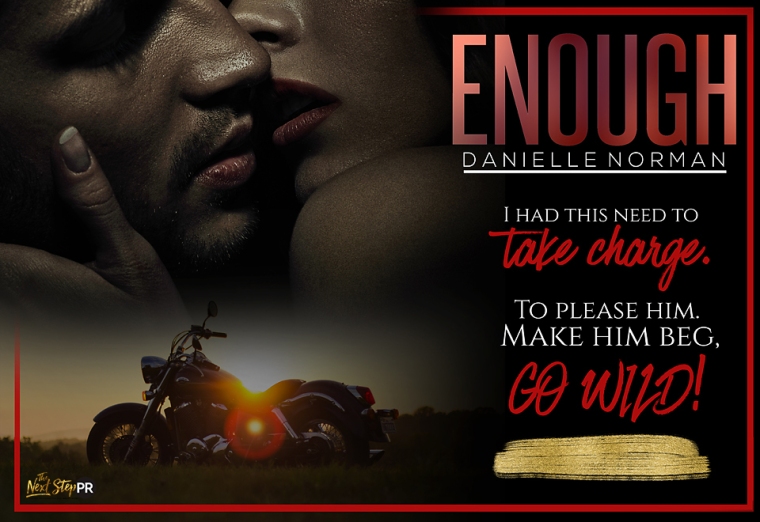 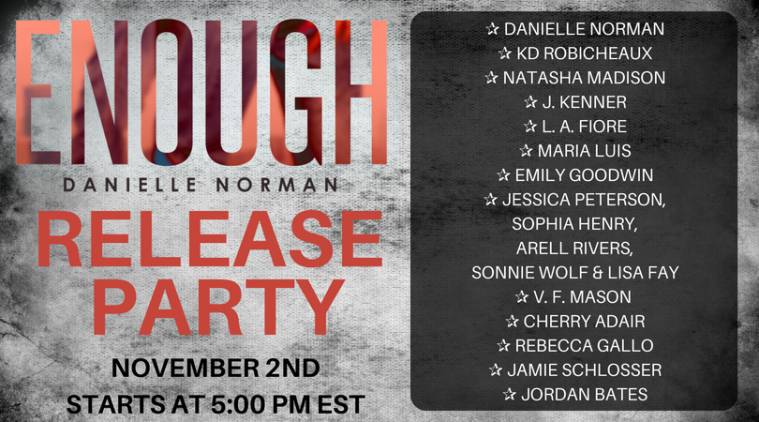 Click HERE to Join the Release Day Party and for your chance to win a Kindle Fire plus much MORE!

Danielle is a Harley riding romance writer. Most days she can be found in jeans, t-shirts, and pearls (she’s a lady like that). She began her writing career under a different name and in a different genre- she wrote for kids, little ones: picture books and early readers. School libraries around the United States hold her books as do many libraries around the world. But, her love has always been reading romance, so she decided to try her hand at writing with her debut novel Enough.Danielle writes about men that will open the door for you during the day and throw you against them at night. She loves stories that will make you laugh and fall in love without all of the emotional baggage faced every day in our real lives.