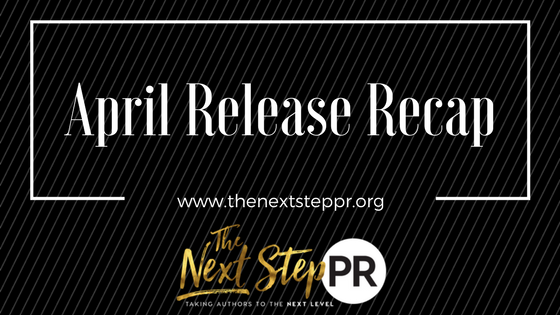 Powerfully romantic, sexually charged and full of emotional angst, the sequel to Sweet Deception will enrapture your heart.

Dreaming of a future with Alex Raven was foolish and dangerous… For us both.

My past defined who I was until Alex Raven found me that fateful night. The hot chemistry, passion and protective love he showed me made me want things I could never have. Risking everything, purging my sins, determined to free myself from the clutches of Dimitri Sokolov, I had to accept the ultimate consequence: my life without Alex.

But no one saw what was coming.

How could I have known?

Will I be able to find save myself from my past errors? Will redemption ever happen for me with the one man who made me want to risk everything?

My wonderful life consists of my everyday job and looking after my 3 boys and husband. In my ‘spare’ time I like to try and do some writing.

I love cooking especially desserts and anything chocolate. I am a self confessed chocoholic!

I also love making craft, painting, drawing, cross stitch and calligraphy. But there isn’t much time for these at the moment.

Seventeen-year-old Reagan seems like the perfect small-town girl. Dubbed a saint by her older brother, Lincoln, she serves the community, makes straight A’s, attends church, spends her summers working with special needs children, and is a piano playing prodigy.

When you’re the daughter of the mayor and the police chief in a sleepy Kansas town, toeing the line is easier than the alternative.

That is, until her brother’s best friend changes the rules.

Reagan’s been subject to Ridley’s antics her entire life. Growing up, he tormented and teased her, but he kept his distance—until now. When Ridley breaks a promise, late night phone calls and secret rendezvous in the haystacks quickly transform into a reckless, all-consuming love.

Some promises are meant to be broken. Some secrets will not be contained, and sometimes the consequences we render are more than we can bear.

We both put love on hold until now. How long will love wait for us?

Three-forty-five in the morning: unknown number calling.
Send the stranger on their way and go back to sleep, right? Except – his gruff voice made me think twice.

I was a small girl with big dreams. I juggled college, charity, and a job while dodging an annoying ex. Getting to know a guy? That was way down on my list. So I had every intention of ignoring sexy Joel Thomas when he woke me up.

But he wouldn’t let me. When did texting and calling turn into feelings? We kept our identities a secret and didn’t see each other. Yet, we fell in love.

Will our chemistry stand the test of reality?

Mia Miller started writing as a getaway from a taxing day job in a multinational corp. A lover of all things romance since forever, Mia tries to find a little bit of a love story even in zombie movies. She likes her book boyfriends Alpha and her novels naughty.

Nowadays Mia can be constantly found typing away, with her Dogo Argentino at her feet. Mia brings to her readers books in the New Adult and Contemporary Romance genre.

Sensually exotic and enigmatic, Vincent details his deception while bragging about the amusement he took in manipulating Meadow’s sister.

Their interview is a battle of wills.

His story is a twisted web of coercion and lies.

And the tragedy is too perfect to be real.

Will Meadow discover all of Vincent’s secrets while she fights to protect her own?

Lily White is a dark writer who likes to dabble on the taboo side of eroticism. She is most known for her Masters Series (Her Master’s Courtesan and Her Master’s Teacher), Target This, Hard Roads, and Asylum. She’s co-authored Serial (a four part serial series). When she isn’t writing as Lily White you can find other books by her under M.S. Willis where she has penned the Control Series, the Estate Series, Because of Ellison (contemporary romance), and Standard Romance Story (Romance Comedy). Lily enjoys stretching her writing muscles by continuing to challenge herself with each book she publishes.

In addition to writing, Lily is an avid reader, gummy bear slayer, and a gold medalist in puppy naps.

That’s what they say, right?

Well, I guess it must be true because I’m desperate.

And I’m about to take desperate measures.

That’s why I’m standing at his door, preparing to face him. Even though we are no longer what we used to be. Even though he doesn’t love me as he once did.

The girl he loved is no more, she vanished.

Both gone with the wind, left behind in the mists of time.

We grew up, moved on.

But just when it seems there’s nothing left between us, there comes a second chance.

Whispers of my skin.

Author, wife, and mother of a girl and a puppy.  I love the happily ever after. Believer & dreamer. I live in my own world, sipping Ginger Ale and lime. I’m always plotting my next book, coloring pages and reading.

For one night of fun I kissed a man whose name I never cared to know. I pushed down all of the rules I had in place for myself with this one act of selfishness. No one had to know, and I could lie to myself that it never happened. People don’t remember tourists, and neither should I. It’s not like he was marriage material anyway.

No one is more surprised than me when a year goes by and that tourist becomes my freakishly hot, annoying, cocky neighbor who looks at me like a predator stalking his prey.

He is everything I was told to never go for, yet I can’t escape this feeling of being drawn to him.

After surviving a military accident, my entire future is in shambles, the only life I’ve ever known ripped from me. Attempting to run from my ego, I find myself in the small town of Three Rivers, where I can forget my problems and annoy my two younger brothers. Misery loves company, right?

It doesn’t take long for my sights to narrow in on an incredibly sexy blonde. The problem is she looks at me like she wants to squish me like a bug.

As shocking twists and deadly truths spiral out of control, I am forced to fight for the people who matter most in my life.

Rules are broken, hearts are trampled, and the lies that hold everything perfectly in place are torn down.

This is book three in the Bennett Brothers Series, it is told in dual POV, and has a HEA. Since characters do play recurring roles, reading book one (Recklessly Mine) and book two (Recklessly Forbidden) in the series, is recommended; however, it can be read as a standalone.

Emily Bowie is from a small town in Western Canada. She has been making characters come to life through her writing since she was old enough to put her thoughts on paper.  She loves her white wine cold, her heels red, and her books spicy.

She married her high school sweetheart and they have two amazing children.

When she is not writing she can be found reading a good book, making digital scrapbooks and being physically active—whether it is at the gym, going for a walk, or playing /keep up with her children.

I’m not exactly the social type.  After spending most of my formative years in prison, I prefer an isolated existence in the wilderness of Canada’s Northwest Territories, making what little cash I need guiding tourists to the best hunting grounds.  I have no desire for company; I crave solitude instead, especially during the subarctic winter months, but what am I supposed to do when I come across a woman in distress? I can’t just leave her to die in the cold, and a storm is on the way.

So now we are confined to my secluded cabin, and I quickly realize there’s something not quite right about Seri—or is her name Netti?  She switches moods faster than a snowshoe hare changes direction. In fact, I’m starting to think there’s more than one person behind the mystifying woman’s intense, green eyes.

Physically, only two of us are trapped inside the rustic cabin, but I still feel outnumbered.

Shay Savage is an independent author from Cincinnati, Ohio, where she lives with her family and a variety of household pets.  She is an accomplished public speaker and holds the rank of Distinguished Toastmaster from Toastmasters International. Her hobbies include off-roading in her big, yellow Jeep, science fiction in all forms, and soccer.  Savage holds a degree in psychology, and she brings a lot of that knowledge into the characters within her stories.

From the author: “It’s my job to make you FEEL.  That doesn’t always mean you’ll feel good, but I want my readers to be connected enough to my characters to care.”

Savage’s books many books span a wide variety of topics and sub-genres with deeply flawed characters.  From cavemen to addicts to hitmen, you’ll find yourself falling for these seemingly irredeemable characters!