BASED ON A TRUE STORY

My first love ruined me.

My second love saved me.

I used to believe in for better or worse.

I used to believe in forsaking all others.

But now my husband is no longer the man I married.

And the man who took away my fairy tale wants to give it back.

What happens when ‘till death do us part’ becomes a life sentence?

When you have to choose between shattering your vow and destroying yourself?

When your sin becomes your salvation?

This is the story of a love written in the stars as viewed from rock bottom.

*If cheating is a hard limit, please don’t read this book. But if you believe in the power of unconditional love and forgiveness, soulmates and second chances, I wrote this for you *

Bree Dahlia is an unconventional romance junkie. Her stories range from lighthearted to sizzling with that satisfying happily-ever-after ending and a touch of the unexpected. She favors themes of friendship, forgiveness, and unconditional love with alpha characters and eccentric tastes.

She holds degrees that look pretty in a frame and has sampled a long string of jobs that have left a lot to be desired. Only as an author has she found her passion. When not crafting stories in her small Wisconsin town, she hikes unbeaten trails, watches hockey games, and wishes she didn’t detest cooking so much.

Dahlia is her middle name. Her last name is more suitable for a horror writer. 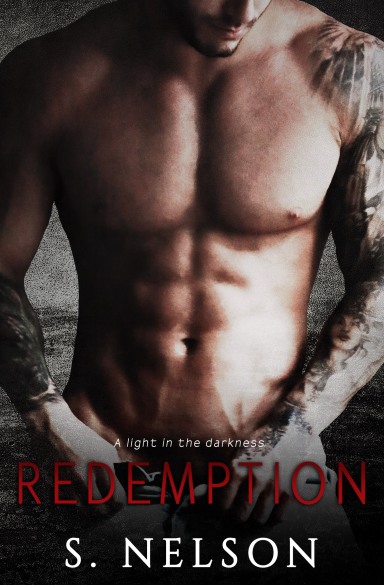 How do you protect someone from the darkness when that’s all you know?

I tried to convince her to run from me.

I tried everything I knew to make her despise me, but she never faltered, pushing back at every turn.

Mason Maxwell resigned himself to a life of loneliness, forced into a world he didn’t want in order to save his sister, the only living family he had left.  And while his life was desolate, it was simple. Until he met her.

Taking care of her sick mother, Lila Stone found herself unemployed.  Again. But a chance encounter with a stranger presented the perfect opportunity.  Her single reservation… her new boss.

And he’s hiding a dark secret.

Will Lila live by his rules and finally unravel the mystery that is Mason Maxwell?

S. Nelson grew up with a love of reading and a very active imagination, never putting pen to paper, or fingers to keyboard until 2013.  Her passion to create was overwhelming and within a few months she’d written her first novel, Stolen Fate. When she isn’t engrossed in creating one of the many stories rattling around inside her head, she loves to read and travel as much as she can.  She lives in the Northeast with her husband and two dogs, enjoying the ever changing seasons.

The co-writing duo of Mindy Michele brings you the much anticipated conclusion of Ridley and Reagan’s story. A tale of music, forgiveness, and second chances.

In each other they found a connection stronger than they could have imagined, but one night of devastation alters everyone they love.

This is the second story in the Backroads Duet. Their beginning, Love in C Minor, is available now.