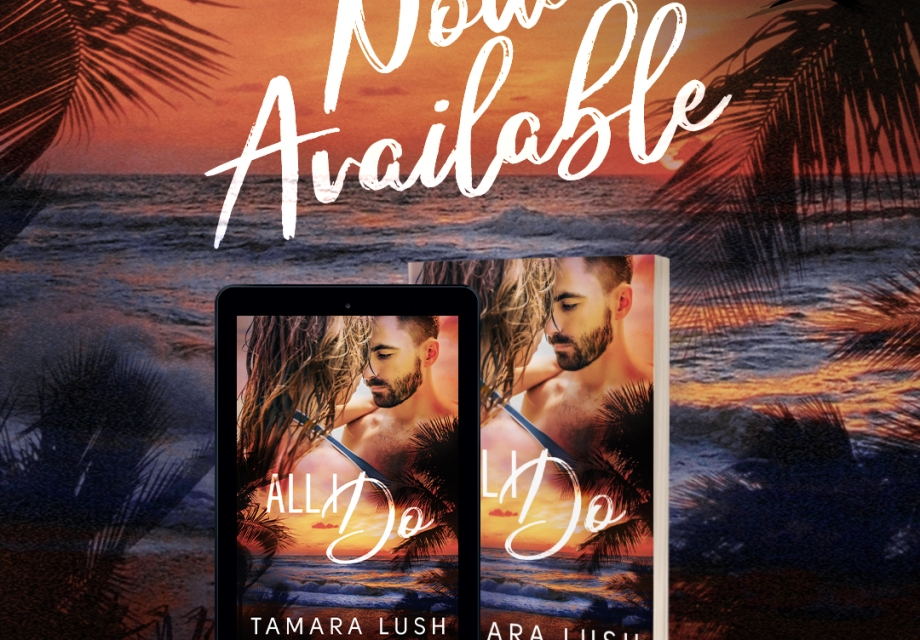 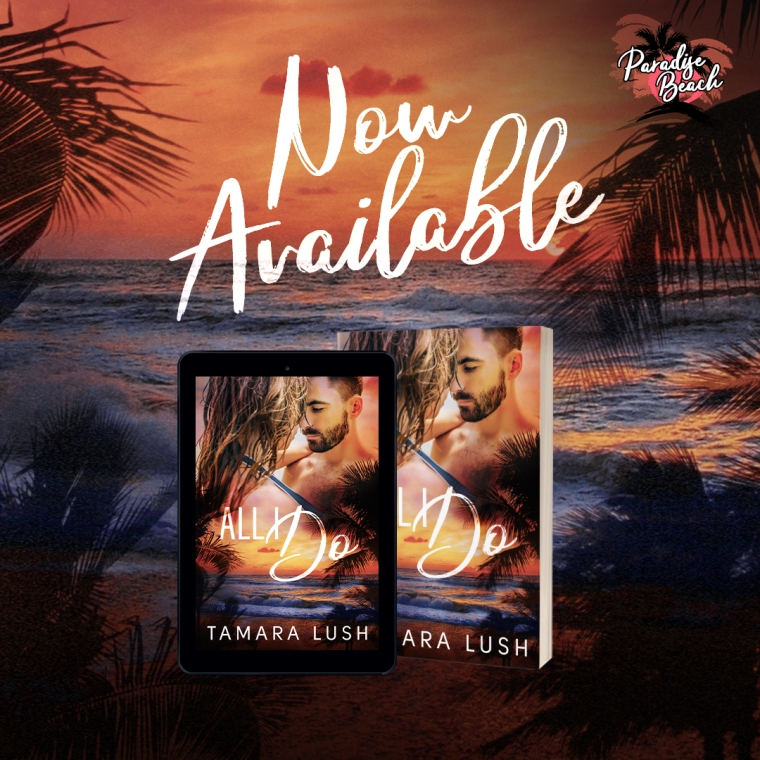 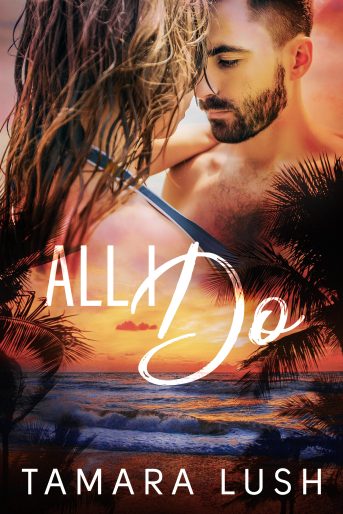 Charter fishing boat captain Remy Hastings is known as the Playboy of Paradise Beach, and he can’t believe his luck when a gorgeous mermaid literally swims up to his boat. She’s not a real mermaid, of course, but a woman with a gorgeous… tail.

Leilani Kostas is opening Mermosa, a mermaid-themed bar on Paradise Beach. She’s intrigued by the bronze-skinned, amber-eyed Remy. But she’s always had questionable taste in men, so she’s not mer-mazed when she follows him back to his sailboat for a hot night of fun.

Before they hook up, Remy lays down the law: no-strings sex. He doesn’t have the time. Leilani enthusiastically agrees, because she doesn’t either.

But for the first time, Remy wants more than one night. Leilani makes him feel like a fish out of water. Trouble is, his ethereal mermaid fled in the middle of the night, and he never got her number.

Then the local Chamber of Commerce pairs the new business owner with a mentor — and it’s Remy. Now they have to compete together for a cash prize that could help her new business, and that means long hours in her bar. And on his boat.

And in his bed.

No strings turns into a tangled knot, and for the first time ever, Remy’s casting a net for only one woman… 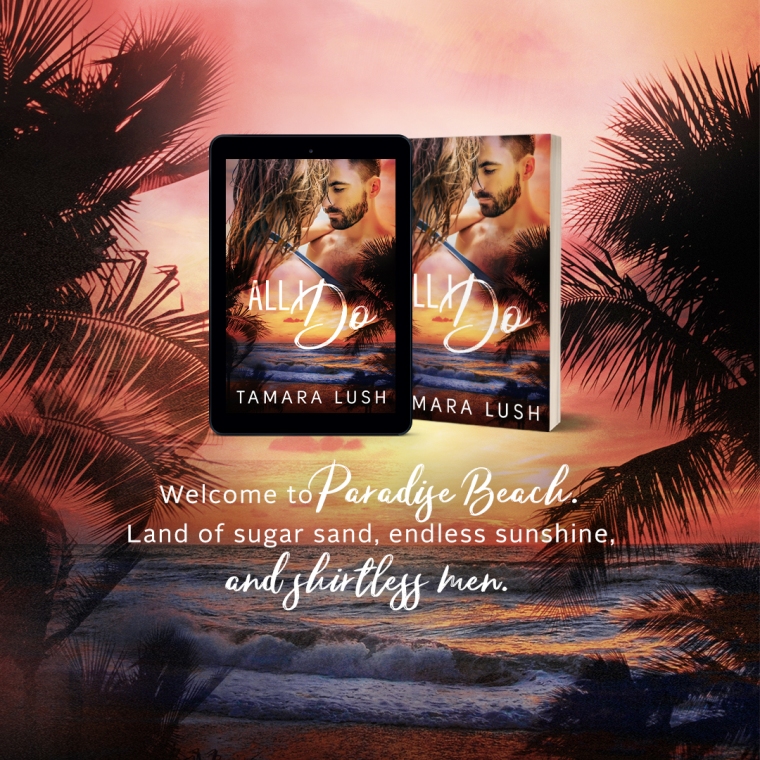 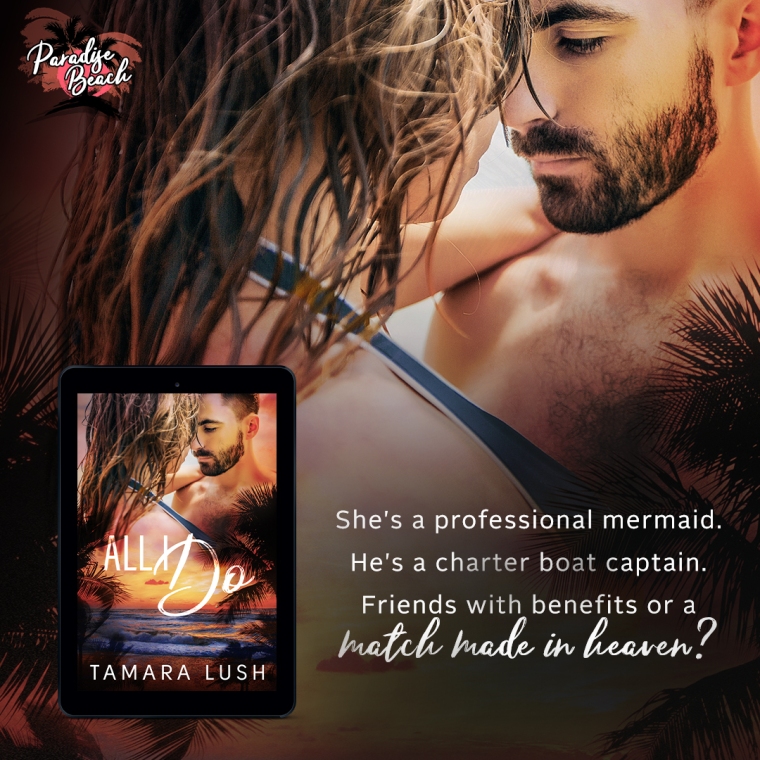 I wake some time later, confused about where I am. And why the bed is moving slightly.

There’s a muscular arm around me, and a man spooning me. I frown. That’s not Brent. He never wanted to sleep this close. I haven’t slept next to him in months, though, thank God.

Then it hits me.

I’m on a boat docked at a marina, which is why everything is moving a little.

His body is pleasantly warm. We’re not under the covers, but the heat from his skin is keeping me at the perfect temperature.

A surge of desire shoots through my body. His skin is flush against mine, and we’re spooning like we’ve been intimate for years. Our legs are tangled together, even. I blink in the semi-darkness. His hand cups my breast possessively.

I look up. The moonlight is shining through the skylight, sending a silvery glow into the boat bedroom.

I am on a sailboat. With a naked man. Who I’ve had approximately three seconds of conversation with — most of it in the water before I decided to swim away.

Remy stirs behind me and nestles his nose in my hair as he sends a soft snore into my neck. Pleasurable tingles ensue.

And then, my stomach clenches from a sharp, sudden feeling of shame.

I am naked in a strange man’s bed. What was I thinking? I can’t even blame this on drinking. It was bad judgment, pure and simple.

I begged him to touch me. Demanded he bring me to orgasm. Then I gave him head like his shaft was one of the oxygen tubes that I had used in the mermaid shows. I’d sucked as if it were my lifeline.

Good lord. What has happened to my dignity? My independence? My plan to stay man-free?

Who the hell is Remy? What is his last name? Hastings? Yeah, that’s it.

What do I know about him? Uh…

I blink, my eyes adjusting to the low light. He’s a fisherman. He lives on Paradise Beach. He does laundry somewhere… oh right, at his parents’ house. Great. He’s probably a momma’s boy. Maybe he doesn’t even live on this boat. Maybe this is just his floating pussy pad.

I have never before even used the word pussy in my thoughts, and here I am, naked and on a boat, wondering if I am aboard a floating pussy pad. If this isn’t an absurd moment, I’m not sure what would be.

Okay, those are all positives. Well, I assume they are, if he screws as well as he kisses. He’s beautiful, too. And those abs…

What the hell? What am I doing here? Am I waiting for round two? Not a bad idea, but…

What did I tell him about me? He knows my name. And that I was a mermaid up north. And… nothing else, right?

It’s as if I’m trying to remember a night of drinking, except I didn’t have a drop.

I’d been intoxicated by him. Drugged, even, by his charms. Eek. Danger, danger! 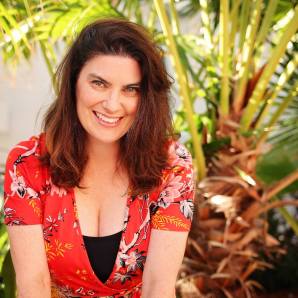 She’s married to an Italian and lives near a beach in Florida. For many years, she was an award-winning newspaper journalist. In 2017, she was one of 24 writers chosen by Amtrak to ride around the United States on a train and write fiction.