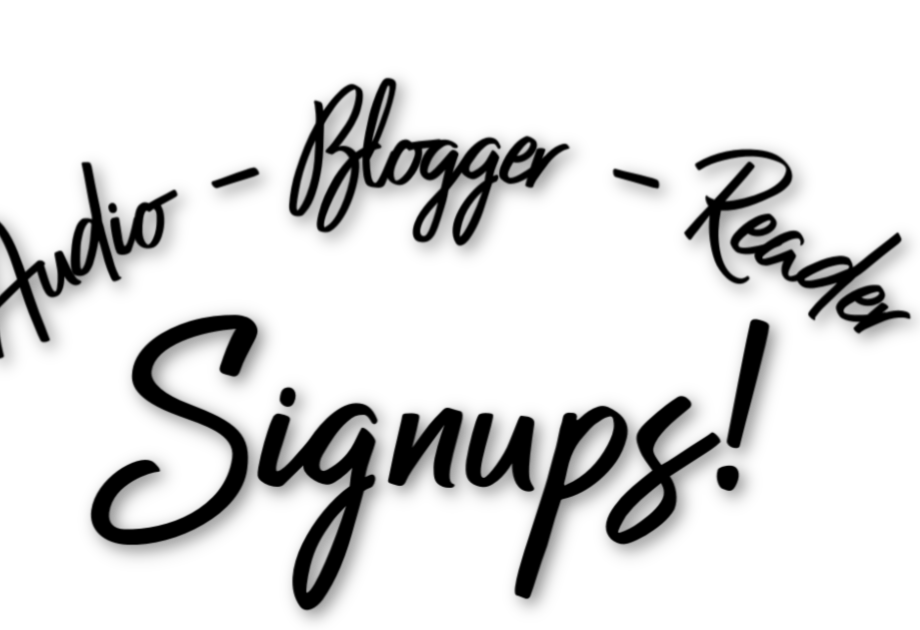 Looking for a Book Release, Cover Reveal or Audio Release?

Check out what we have to offer below…

If you would like to read & review for our clients, YOU MUST sign up on that specific form. ARCs are NOT guaranteed. Readers & Bloggers are selected at random. Previously having reviewed for a specific author does not guarantee you an ARC. Please make sure that you note down what you have signed up for and the dates of the promotions. The Next Step PR will e-mail you ALL promotional HTML’s and pre-mades for Cover Reveals & Release Day Launches 48 – 72 hours prior to the release date. Please make sure to review in a timely manner and send us a link to your review from a major retailer or review site (Goodreads, BookBub, a blog, etc.). Failure to review three (3) times for an ARC that you signed up to read will have you removed from our lists.

Check out our Calendar to see what all is coming!

Are you a reader, blogger, bookstagrammer or audio listener that would like to work withThe Next Step PR? We would love to have you on one of our lists!! 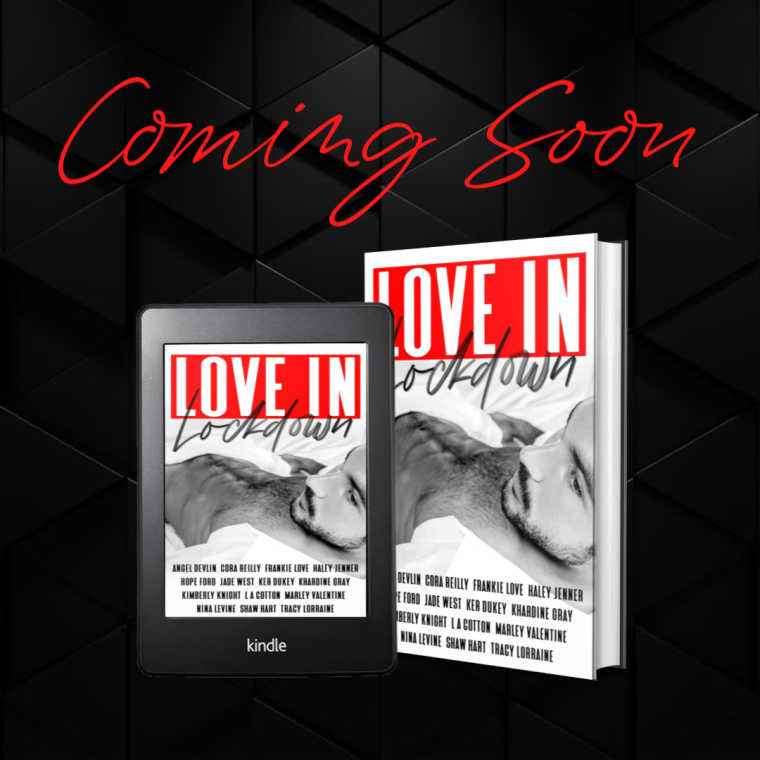 The Dangerous Son by Zoe Hill 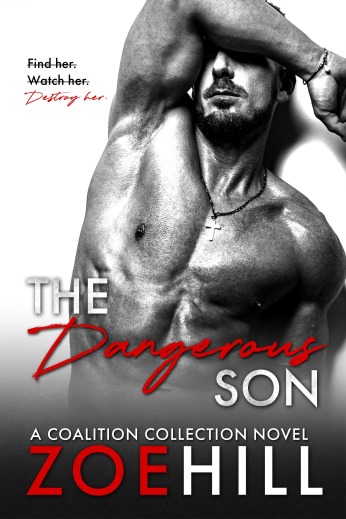 For Spenser Ingram love is an abstract concept. Friendless and fearless, he happily walks his own solo path. Encouraged by his parents to wield his cold-blooded ruthlessness like a weapon, the boy who never cried grew into a man who regularly makes others weep.

Sent to deliver a message to a local motorcycle club that’s standing in the way of his family’s never-ending pursuit of power, he encounters Poppy Tennyson and is immediately captivated.

For the first time in his life, Spenser wants something for himself.

Unfortunately, a decades-long conspiracy is playing out behind the scenes, and he’s quickly left questioning if his affection for Poppy is genuine or a carefully crafted illusion created by the one person he thought he could trust. 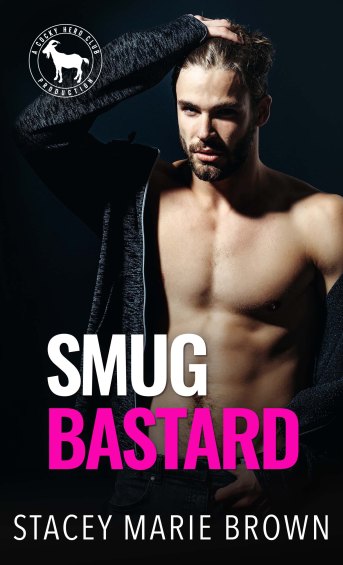 It was my time, a cross country drive heading home for my brother’s wedding to figure out my life after college. Me, my dog named Goat, and the open road. That’s all I wanted.

He wasn’t supposed to be part of it. My older brother’s high school friend and my sister’s ex. The cocky boy my eleven-year-old-self hated.

The day after graduation, he left town and disappeared, losing contact with my family. But nine years later, he resurfaces and becomes a thorn in my side once again.

After his motorcycle breaks down, my older siblings convince me to let him ride home with me. Kyle wants his old buddy at his wedding, and Kasey, still carrying a torch for him, wants nothing more than to see him again, convinced they are meant to be. It’s the last thing in the world I want, but I learned long ago going up against the powerhouse twins is futile.

After nine years, we’ve both grown up, but our mutual dislike lingers. Though I can’t deny he is the sexiest man I have ever seen in my life. His piercing blue eyes, gorgeous rugged face, and muscular, tall figure belong on magazine covers. But he’s still a smug bastard, and I’m still the annoying little “Baby K.”

Spending every minute together in a tiny camper van starts to twist the lines of hate, igniting feelings and passions I’ve never felt before, shoving me out of my safety bubble. Tension grows, and nights are filled with strain and forbidden desire.

But I can feel him holding back. Cagey and cryptic, Smith’s dark past hints at the surface.

When it finds us, nothing could have prepared me for the truth—the secrets that flip everything upside down.

I wasn’t supposed to fall for him.

He was never meant to be mine.

Exquisitely Yours by M. Jay Granberry 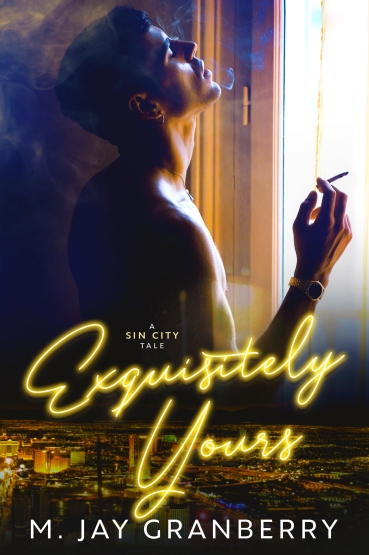 What happens in Vegas…

Daniel Xu doesn’t take anything too seriously, not himself, the career that has given him fame and fortune, or the neverending string of women that fill his bed. But life has a way of turning on a dime. When the party is over, all the jokes told, and one beautiful face blurs with the next beautiful body reality leaves him underwhelmed and empty.

Enter Jessica Johnson, a sexy complication too intelligent to ignore and too untouchable to keep. 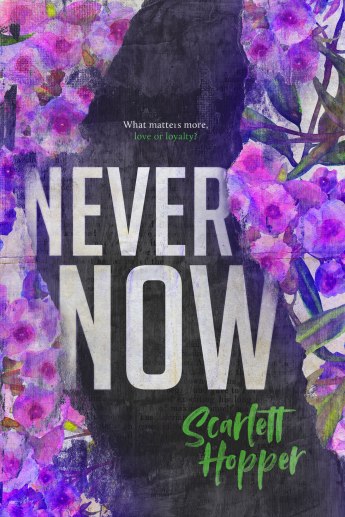 Emilia Ronan has loved Reeve Sawyer since the moment she first saw him. The only problem? He views her as a little sister and nothing more.

Tall, dark and handsome, Reeve is the complete opposite to the vibrant and outspoken Emilia. Not to mention that he’s her older brother’s best friend. After years of pining over him and one humiliating rejection, she finally decides it’s time to move on, but when Reeve shows up, begging for a shot, can she really say no?

Reeve knows two things to be true in life: you work hard to get what you want and you stay away from Emilia Ronan. It’s clear he’s crossing a line, but what happens when he can no longer stay away? Hiding this relationship from his best friend is breaking every code he can imagine, yet he can’t seem to stop. But when a ghost from his past shows up, shaking his core, Reeve will have to decide what matters most: keeping secrets from Emilia or simply keeping her.

Where Loyalties Lie by Jill Ramsower 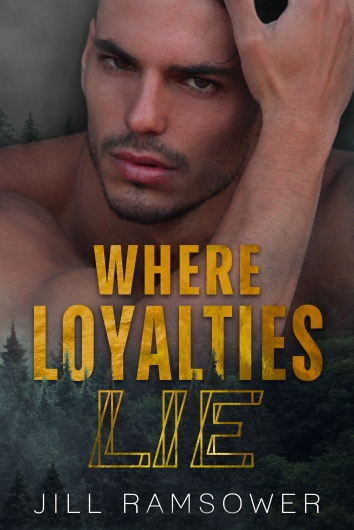 My neighbors and students know me as a self-defense instructor.

They see what I allow them to see.

I still do the job that I love.

Something much uglier than teaching Krav Maga.

Only now, I work for myself instead of the government.

An independent contractor, if you will.

For those wealthy enough to hire me, my resume reads:

There is absolutely nothing remarkable about me.

At least, that’s what my friends would say.

What they don’t know is an ugly secret forced me to abandon my past.

I left my family and everything I knew.

Hid myself away where no one would find me.

I thought I was safe. Untraceable.

Now, there’s only one thing I can do if I want to stay alive.

Tales of The Naked City 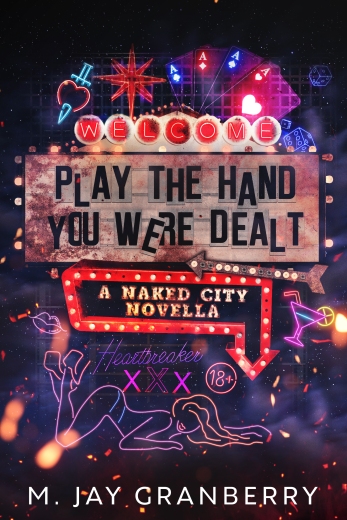 There is a new player in the Naked City, and I want it all.

The power that so few can handle and even less deserve.

Rules of engagement that limit my action and shorten my reach.

But the fates have been shuffled and the cards now dealt.

It is time to begin.

One treacherous game. Seven reluctant players. Destiny will crown one.

And luck will destroy the others.

The Following Dates are NOT set in stone:

The Ghost of You by Tori Fox This kiss has me seeing stars.
It has me seeing the whole damn galaxy.
I didn’t think a kiss could be like this, taste like this.
It’s passionate, crazy, untamed.
And I want more. 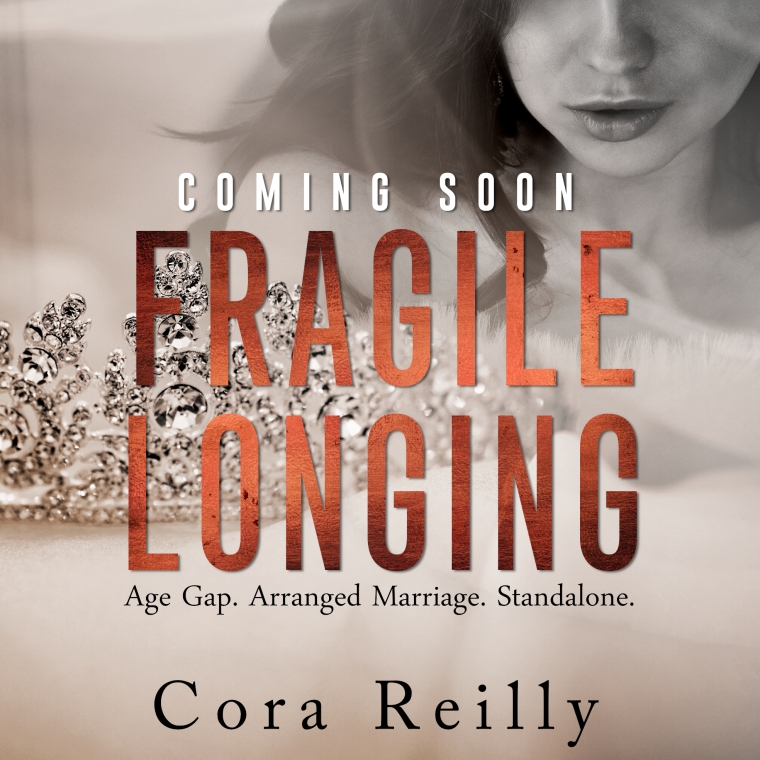 Sofia knows how it feels to be the consolation prize.

And definitely not an ice princess.

Her sister is—was all those things. Perfection. Until she wasn’t. Until she ran off to be with the enemy and left her fiancé behind.

Now Sofia is given to Danilo in her sister’s stead, knowing she’ll never be more than second best. Yet, she can’t stop longing for the love of the man she’s been crushing on even when he was still her sister’s.

Danilo is a man who’s used to get what he wants.

Until another man steals his bride-to-be. Danilo knows that for a man in his position losing his woman can lead to a loss of face.

A dangerous combination—one Danilo can’t leave behind, not even when a girl just as precious takes her sister’s place to placate him. Yet, she’s got one flaw: she’s not her sister.

Unable to forget what he’s lost, Danilo might lose what he’s been given.

Meet Me Halfway by Dee Lagasse Carina Domenico loves four things: her daughter, her big Italian family, cappuccino, and her food blog Halfway Homemade–but not necessarily in that order.

When Halfway Homemade is picked up by a major television network, Carina’s world changes overnight.

But the one thing that doesn’t change, thanks to a single earth-shattering heartbreak, is Carina’s view on dating.

When she starts to feel something for Ryan West–the attractive British producer of her show–she tries her hardest to evade both him and her unwanted feelings.

Carina Domenico loves four things–and Ryan West is not on that list.
At least, that’s what she keeps telling herself. 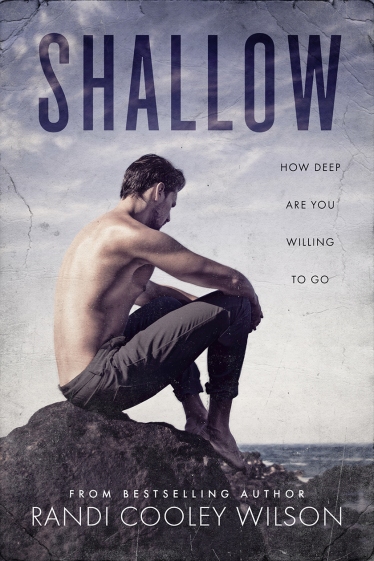 From the bestselling author of IF, Randi Cooley Wilson comes an intense romance about escaping your past and unexpectedly finding your future.

Rebel Wade is a successful food and wine freelance writer. At thirty-two, she is just learning how to adult. But when Rebel is given the assignment of her life, interviewing reclusive winemaker Michael Gunner, she has no idea what is in store for her. She thought she could handle him.

Michael Gunner is doing his best to survive. With a history of danger and bad decisions behind him, at thirty-five he’s determined to make a new life for himself on his family’s vineyard in the Marlborough region of New Zealand.

Until Rebel stumbles into his world . . .

Rebel thought she knew heartbreak before she met the darkly handsome winemaker. And as many times as he pushes her away, deep down all Michael wants is her. But life has other plans. When you live in the shallow, how deep are you willing to go for love? This standalone novel is intended for mature audiences. 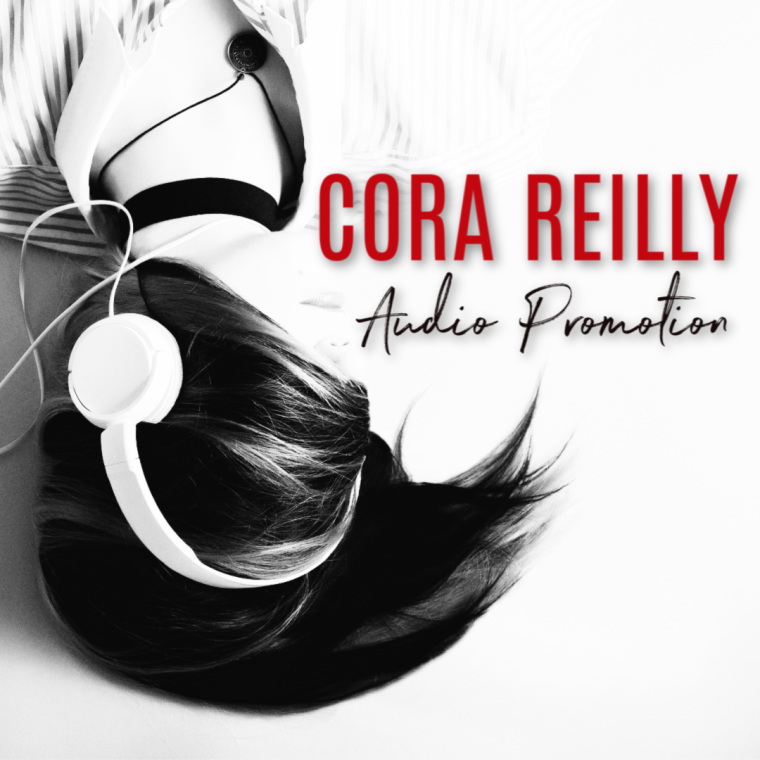 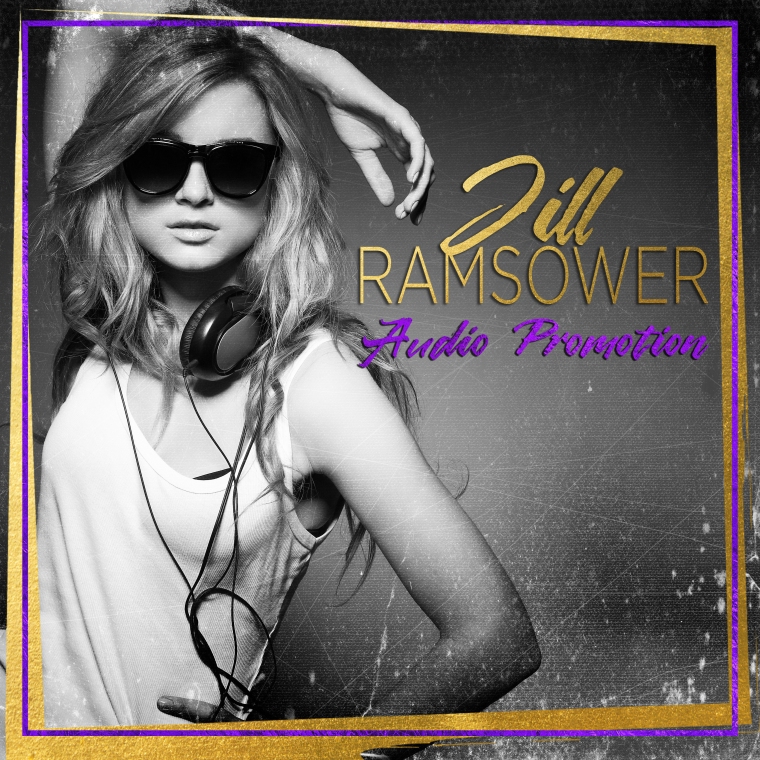 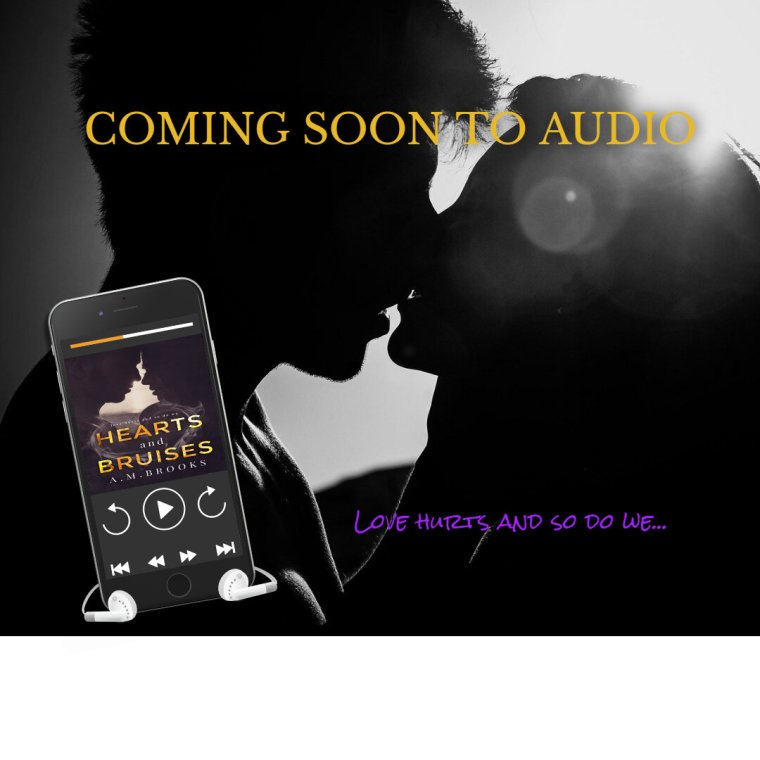